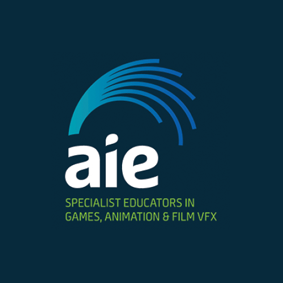 The Academy of Interactive Entertainment (AIE) is Australia's most awarded 3D animation, game design and visual FX educator. It was one of the first educators world-wide to offer qualifications in these industries, and continues to innovate through industry partnerships and dynamic teaching.

AIE graduates have worked on the top games and films world-wide, thanks to the support and resources offered at the academy. Their teachers are highly qualified, who’ve made their names creating well-known games, films, and visual effects. Noticeable companies like Animal Logic, Weta Digital, Epic Games, Bioware, Wargaming and Rockstar look for AIE qualifications when recruiting. AIE partners with other organisations including Microsoft, Sony Computer Entertainment Europe, Nnooo, and the University of Canberra.

The AIE have collected a large list of accomplishments. Their excellent educational practices have led to them winning the Australian Small Training Provider of the Year twice. At the 2019 ACT Training Awards, AIE CEO, John De Margheriti won the John Scott Memorial Award for his contribution to vocational education and training in the Australian Capital Territory.